Types of Keyboard Layouts for First Time Introducing to Children 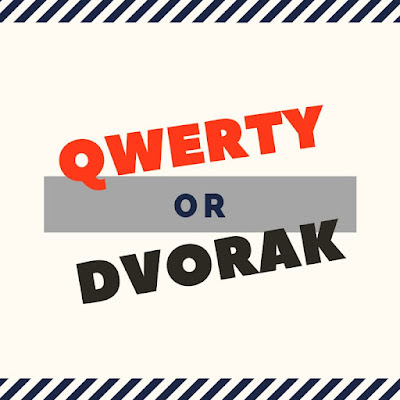 The history of modern computer keyboards begins with a direct legacy of the invention of typewriters. Christopher Latham Sholes in 1868. Then, in 1877, the Remington Company began mass marketing the first typewriters. After a series of technological developments, typewriters gradually evolved into the standard computer keyboards that your fingers know very well today.

There are various types of keyboard layouts that are rarely known by many people. Various layouts other than QWERTY are AZERTY, QWERTZ, Dvorak, Colemak, Maltron, JCUKEN, and many other layout names in each country. The arrangement of different letters on a regular keyboard is tailored to the use of language in each country. However, there are 2 types of layouts that are commonly heard are QWERTY and Dvorak. The two types of layouts will usually be adjusted again to the language of each country with the addition of letters that correspond to that country. In this article, the discussion is more likely to use English on QWERTY or Dvorak.

Actually, there has not been a study that tested children in the use of QWERTY and Dvorak keyboards. But, through the introduction of a child's keyboard, children can learn to practice their fine motor, cognitive, and language skills. As a learning process, the child will always adapt to the language learned through constant use in everyday contexts. As a parent, you can teach typing using one of QWERTY or Dvorak first until the child is an expert one of the two. Parents don't teach them both at the same time. Please also note that teach the alphabet first and make sure their fingers can do typing well.

As far as the general use of QWERTY layout then, absolutely that teach children first the keyboard layout of that type. There are several reasons that can be given.

Then, is there an advantage over the Dvorak keyboard? In fact, the Dvorak keyboard is superior and efficient. It's just that the benefits will actually be seen when writing more than a few words. After knowing and expert in the use of QWERTY it will be very easy to switch to DVORAK, back at point no.3 above.

English is not the most efficient or logical language to learn, but we still learn it because English is an international language that will be used when traveling to other countries or talking to friends between countries. It's the same as QWERTY. Introducing children to QWERTY is a reason because that's what technology devices generally use as a pen to convey something.